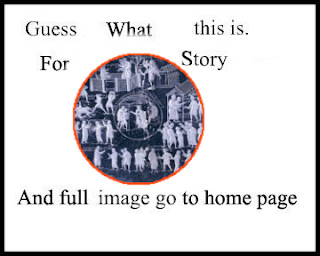 
Here’s the thing of it. There are 44 poo mixes out there. In addition, there are 30 husky mixes. They cost big bucks. Today they’re called designer breeds. In days of yore they were called mutts. How much for that dog. Nuthin’. Zero. It’s a mutt. It ain’t worth crap. Today its a designer dog. It’s a Doggie-poo. In days of old, doggie-poo meant something entirely different. Somebody sends you a link to view a picture of their dog chewing on a bone. You’re about to respond, telling them how adorable the little creature is.But now you have questions and choices. And the best part, you don’t have to write anymore. You have icons that do the talking for you. There’s the thumbs up. And the heart that means you love it. There’s a care, and a ha-ha, and a wow, and a sad, and even an angry. Are they kidding? Don’t they know by now that they have managed to limit your ability to communicate? How about an icon of a fist with the middle finger pointing to the heavens? It’s easier to click it than it is to say it. Perhaps a figure bent over and another figure kissing that now protruding bulbous mass. There’s a whole sentence there. Look. That one is holding his nose. The aroma is clearly defined. But wait. Icons only represent a small minutiae of today’s world. That icon with the question mark over his skull. What question is it asking. Oh. I know. What kind of dog is that it’s asking. Is it a Cocker-poo? Is is a Shih-poo? A Pomapoo or a Maltipoo or a Yorkipoo perhaps. Let’s have icons for all these different types. Designer dogs you say? Are you kidding? I’ve said before. They’re mutts. Nothing more. Yeah. But mutts don’t sell. And designer dogs are relatively cheap to breed. And they make you feel elitist. They may well have a Labrador. Bah. A dumb purebred. Me … I have a Labradoodle. And there are even new icons coming out for these elite mongering mutt owners. These mixed breeds were once worth nothing in days of yesteryear. And the icons are? Why, they’re image of dogs with a Poodle for a head and a Pekingese for a tail. That one is called a Pekapoo. Pekapoo … I see you. Each mutt with it’s own icon. We’ll call those Iconipoos. What kind of an icon is that. It’s an Iconipoo man. Don’t you know nuthin’? They used to be called Iconimutts till they were made to appeal to the high-falutin-poos of the world. And now you know all the poo there is to know.

Posted by Benjamin Mark at 9:59 AM No comments:

In order to make this work send me an email at (namor@panix.com) with the subject line 'ASK BENJAMIN'. Ready? Okay.  Let the games begin.


11/29/17
Dear Benjamin,
How did the bread called Pumpernickel get its name?

Dear readers,
A gentleman whose acquaintance I made over Thanksgiving dinner told me this tidbit. It is fascinating. I expand a bit upon the original. Whether or not it is true is another matter. It seems that Napoleon had 50 horses one of which had the name of Nicol. While on a military mission in that part of Europe now known as Germany, Napoleon or his groom gave the horse some of the local bread to eat. The reasoning behind this was the disdainful attitude of the Frenchman in charge towards the bread, which--due to its heavy concentration of grain--he considered unfit for human consumption. Instead he fed it to the horse stating in a most derisive way: "C'est du pain pour Nicol". (It is bread for Nicole). This disparaging remark--pain pour Nicol--became painpournicol and then pumpernickel. There are other theories--one of them being that the word pumpernickel was a pejorative part of the German language of the time equivalent to today's "jerk" . . . perhaps relating the word to those who ate it as observed by those watching the event as being less than sound of mind. This last part--of course--being only extrapolation on my part. And now you know--if not the whole story--as least part of it. Truth is often segmented into smaller particles of nonsense for easier digestion.
Benjamin

11/7/17
Dear Benjamin,
We've been pondering your column and our family has gotten together and think we've got one we don't think you can answer. It is this: What is the meaning of life, dear Benjamin? Tell us that if you can.
Yours truly,
The Lytelle family.
Samuel, Harry, Ida, Thomas and Sybil.

Dear Lytelles,
As an aside to your question I must tell you I love acronyms. That said . . . the answer to your question is truly quite simple. Life is the means by which food for the planet's inhabitants is preserved for up to ninety years and more without the need for refrigeration. I hope this clarifies things somewhat.
Benjamin

11/1/17
Dear Benjamin,
I wonder if you know how the Culet got its name.
Many thanks,
Jeremy

Dear Jeremy.
This question brings us . . . in a most delightful fashion . . . to the Ass End of a Diamond. First . . . I must warn you that there may be a bit more than a slight bit of extrapolation here though I tend to think not. I shall begin with Culus . . . the Latin word for anus. In French the word would be Cul. A cul-de-sac is a dead end figuratively speaking. Literally it is the ass end of a sack. Now let's shoot for the diminutive. It is here that I extrapolate a tad. Every language has its diminutives. Ette is the French suffix which is used to express its diminutive terms. Hence if Cul is ass . . . then Culette would be little ass. Of the many parts of the diamond there are three most of the world is familiar with. There is the Table. (That's the top flat part.) There is the Gridle. (That's the circumference.) And there is the point at the bottom called the Culet. (Alternate spelling might once of have Culette. (Little Ass.) And so . . . when speaking of the tiny pointed end at the bottom of a diamond . . . are we talking about the Culet? Or are we talking about the Ass End of the Diamond? These are the questions that torment my soul Jeremy. The questions are elusive. The answers too mysterious for words. Hope this helps.
Benjamin

10/25/17
Dear Benjamin,
Whenever I'm with this particular person at a party he always takes center stage and asks riddles no one can answer. Can you give me a riddle that's extremely difficult so that I can shut him up and put him in his place once and for all? Of course you would have to send me the answer by return email.
Thanks,
Michelle

Dear Michelle,
You have twelve pieces of candy. Eleven weight exactly the same. The twelfth is poisonous and has a different weight from the others. You do not know if it weighs more or less. Just that it weighs different. Using a balance scale . . . find the poisonous candy in three tries. Answer is coming via email. I promise you will stump the bum.
Benjamin

10/18/17
Dear Benjamin,
I have always wanted to know how long I have left to live barring any illnesses or accidents. Can you help me?
Anonymous

Dear Anon,
All animals on this planet can measure their lifespan by heartbeats. For human beings their lifespan is roughly 2.21 billion heartbeats. Take your pulse in beats per minute. Multiply by 60 to know beats per hour. Multiply that by 24 for beats by day. Times 365 for beats per year. Multiply that by your age and subtract those results from 2.21 billion. That will give you heartbeats left to live. Divide that number by 365 and you will have years left to live. Add that to your age and you will have your answer. Hope this helps.


Benjamin
Posted by Benjamin Mark at 6:00 AM No comments:


Posted by Benjamin Mark at 6:05 PM No comments: